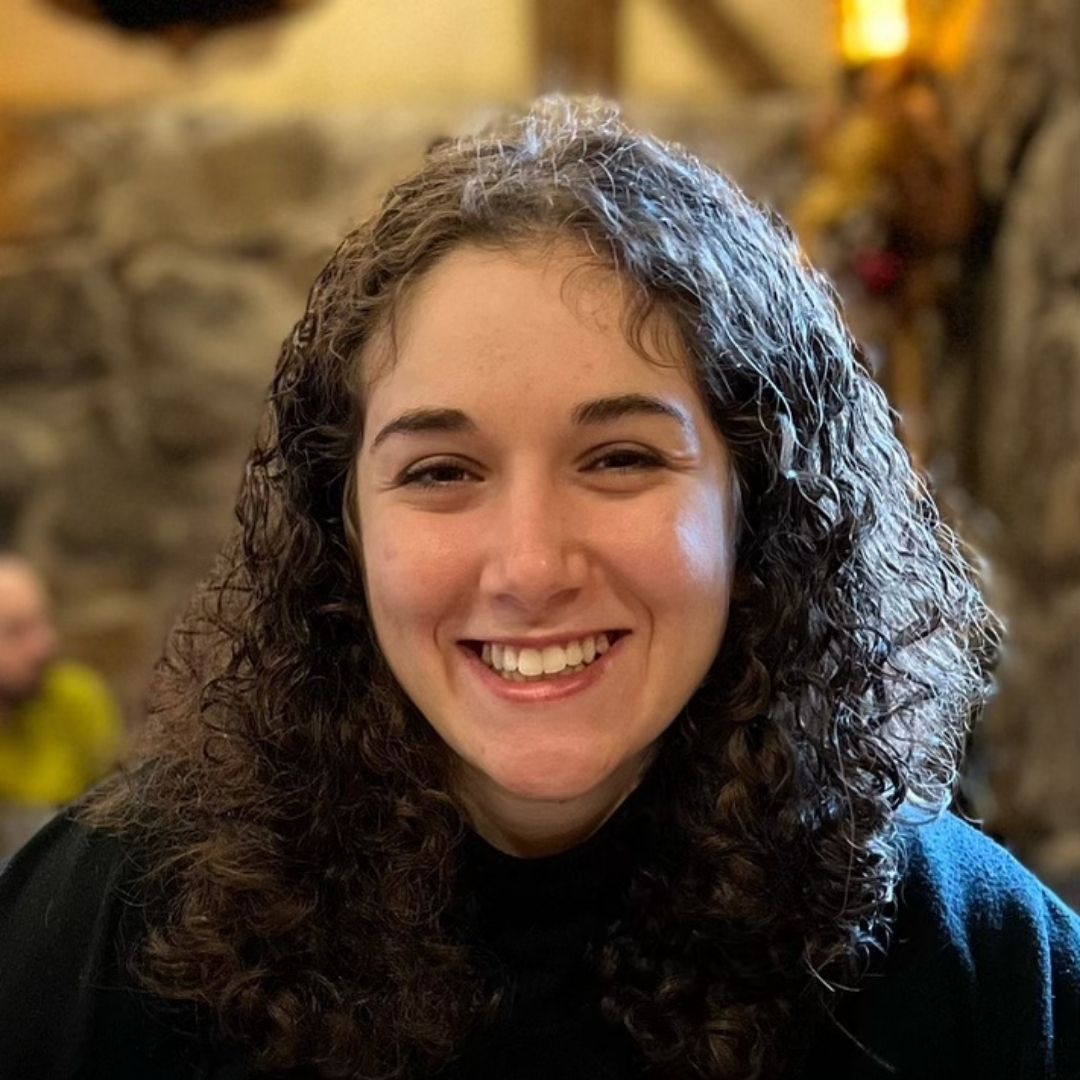 Do your kids ever get into fights that literally never seem to end? That's what's happening to Molly these days, but have no fear...Ferne is here :)

Molly feels like that nearly every single day. Molly loves her children, but they fight over everything, and she can’t take it any longer! She is sick and tired of splitting them up, of punishing them, of doing everything she can to avoid their fights. She just wishes that her children would get along! She’s tried everything to make them stop fighting, and she doesn’t know what else to do.

First, I suggest that Molly takes care of herself. She needs to find a way to stay calm while her children are fighting. If she gets mad and starts to yell, she just escalates the situation and makes things worse. Next, Molly needs to talk to each of her children independently and help them understand that fighting with each other won’t help them get what they want.

[00:00:30] Ferne Kotlyar:
Amazing. So today's case is about a lady named Molly. Now, Molly has two kids who are 8 and 11, and Molly loves her kids to the moon and back. But for the life of her, she cannot get them to stop fighting. They bicker over everything.

And, you know, not only does it take a toll on her because her kids don't get along and that's upsetting, but they just constantly fight and bring this negative energy into the house and she has to work to make everything perfect, you know? To split everything exactly or they'll complain.

And yeah... So she's just frustrated and exhausted and doesn't know what to do anymore. So what advice do you have for Molly?

[00:01:56] Kim Ades:
Okay, good. I love parenting problems because those are absolutely my favorite. I remember when my kids were young, two of them Ferne and Louis, and they would fight about who got to sit beside me. They wanted to sit beside me and we would go to, let's say a food court and there were four chairs and somebody, only one person got to sit beside me.

That's thing number one, because what happens when your kids are fighting? You tend to want to get in there, break them up, but you're also kind of joining the fight when you do .That. And you escalate things when you say "stop fighting!" Right?

And right now what's happening is everybody's being viewed in a negative way. She's viewing her children negatively. They're fighting, they're bringing negative energy, they don't get along, and that hurts her. And so she doesn't come to the table in a positive manner and each child is looking at the other child in a negative way too.

And the truth is each child just wants to feel good about themselves and be seen in a positive way. So it's very important for her to take each child separately. And so let's say the children's names are... give me names.

And so number one, she's building him up, she's reinforcing the behavior she wants to see. And that's very important for a parent is just to focus on what she wants to see expand in her children. So even if there's only 5% of the time when her children are behaving in a nice way, she wants to capture that 5% and expand it and say "wow, I really love the way you gave your sister the glass of water or the toy, or how kindly you did that". You want to expand that.

But also you want to talk to Tom and say "you know what, Tom? Let's talk about your goals. You want this? Let me show you how to get that. Let me coach you. Let me teach you how to get what you want". And provide him with the skills and the tools and the language and the communication skills that will enable him to get what he wants from his sister.

[00:06:26] Ferne Kotlyar:
But doesn't that just let them do more of it? Like, if they don't get punished or if there's no negative consequence to doing something bad, then why wouldn't they keep doing it?

That's not a natural consequence. That's some, you know, person coming down on them and saying "this is not allowed", but it clearly is allowed. People fight with each other all the time in the world. Right? So the question isn't "how do you fight better? How does someone else outside of you stop you from fighting?" The question is, how do you become more effective at getting what you want? And as a parent, I want to enable you to do that.

[00:07:48] Kim Ades:
I don't know. Some people could say that, you know, when someone commits a crime and they go to jail, that could be useful, perhaps.

But when we punish our children, we take away their self-control. We say "we have control over you". And so when we come in and exert our control and take away their control, they have no opportunities to build their self-confidence, to make better decisions, to feel good about themselves and to learn really, truly to thrive.

In order for them to get along, they need a different level of skill. And in order for me to deliver, to help them build that level of skill, I need to coach them each separately. And individually I have to build them up a little bit, by focusing on the things that they're doing and the ways that they're behaving that are really, really great, and I want to expand those things.

[00:09:25] Ferne Kotlyar:
So let's say Tom hits Carly. Would you not say anything? Would you just ignore their bad behavior?

[00:09:33] Kim Ades:
I wouldn't ignore it. I would say-- I would-- Here's what usually happens, right? When one kid hits another, let's say Tom hits Carly. What happens? We yell at Tom. And so who gets the attention?

And by the way, hitting isn't allowed in this family. So if you have a hard time managing your physical body, you need to go and figure that out in your room. If you want to hit something, go hit your pillow, go hit your bed, go stamp your feet, go hop up and down. Do whatever you need to do, but hitting doesn't work here.

And what I want to do with Tom is help him manage his own emotional state, so he doesn't get so angry that he has to hit. Because when does a person hit? When they feel like they don't have any other options, when they feel like they have no control in the situation, so they lash out. So what I want to do as a parent is increase the control that each child has. Give them more control, not less control. Don't take away control.

So what do I need to do in order to get Carly to share the toy with me? Hitting her isn't really working.

[00:11:49] Ferne Kotlyar:
Well, I think a lot of parents do try to exert control and when their kid hits the other kid, they get mad, they get upset and maybe even disappointed and they send their kids to their room. There's always a punishment involved. Like, I've heard so many other kids, so many other people in my life talk about their parents and how they treated them as kids and how it was very, very different than the way I grew up.

I had a friend in elementary school who wasn't allowed to have junk food as a kid. She wasn't allowed. And you know, I was allowed. I was able to monitor myself. And there were always these during Halloween, there were tons of lollipops and she would get me to give her some, and she would store them in her locker and eat them during school and not tell her parents.

Meanwhile, I didn't want the lollipops. Like, they're not good for me and I know that I don't really like them that much. But it's interesting because, you know, she wanted it because she couldn't have. Whereas I had open access to it and I didn't really want it. So it's interesting.

[00:13:01] Kim Ades:
Probably. Here's the thing, you know, we think, as parents, that our job is to discipline our children. And I think the term discipline creates a lot of confusion. It sounds like we need to control the behavior of our children. When they're misbehaving, we need to correct them. And I encourage those of you who have children to think about the word discipline a little differently.

Think about teaching them how to communicate and how to ask for what they want, as opposed to the more traditional view of discipline. And when we think about corporal punishment, we don't want to do that. So think about your children as disciples and be the coach, be the parent, be the teacher that they need you to be.

[00:14:02] Ferne Kotlyar:
Definitely. So if you were to give Molly one last piece of advice, what would it be?

[00:14:07] Kim Ades:
Number one, don't get into the fight. Don't join them in the fight. Take a moment, take a breath and ask yourself what does each child really want, and help them achieve that. And separate them and coach them separately. That's really the crux of the advice here.

That was a good one. I liked it. I always like the parenting issues. Parenting doesn't always come very easily to everybody. It's complex. It's emotional. You get caught in the fray. And so, I hope you took something from this particular episode.

Ferne, thank you for this case. I think it applies to many people out there. Those of you who are listening, if you have a case you want to share with us, please reach out. Ferne, how do they reach you?

And again, for those of you who are listening, please like, please share, please send us your feedback. We'd love to hear from you. And until we see you again next week, have a great week!