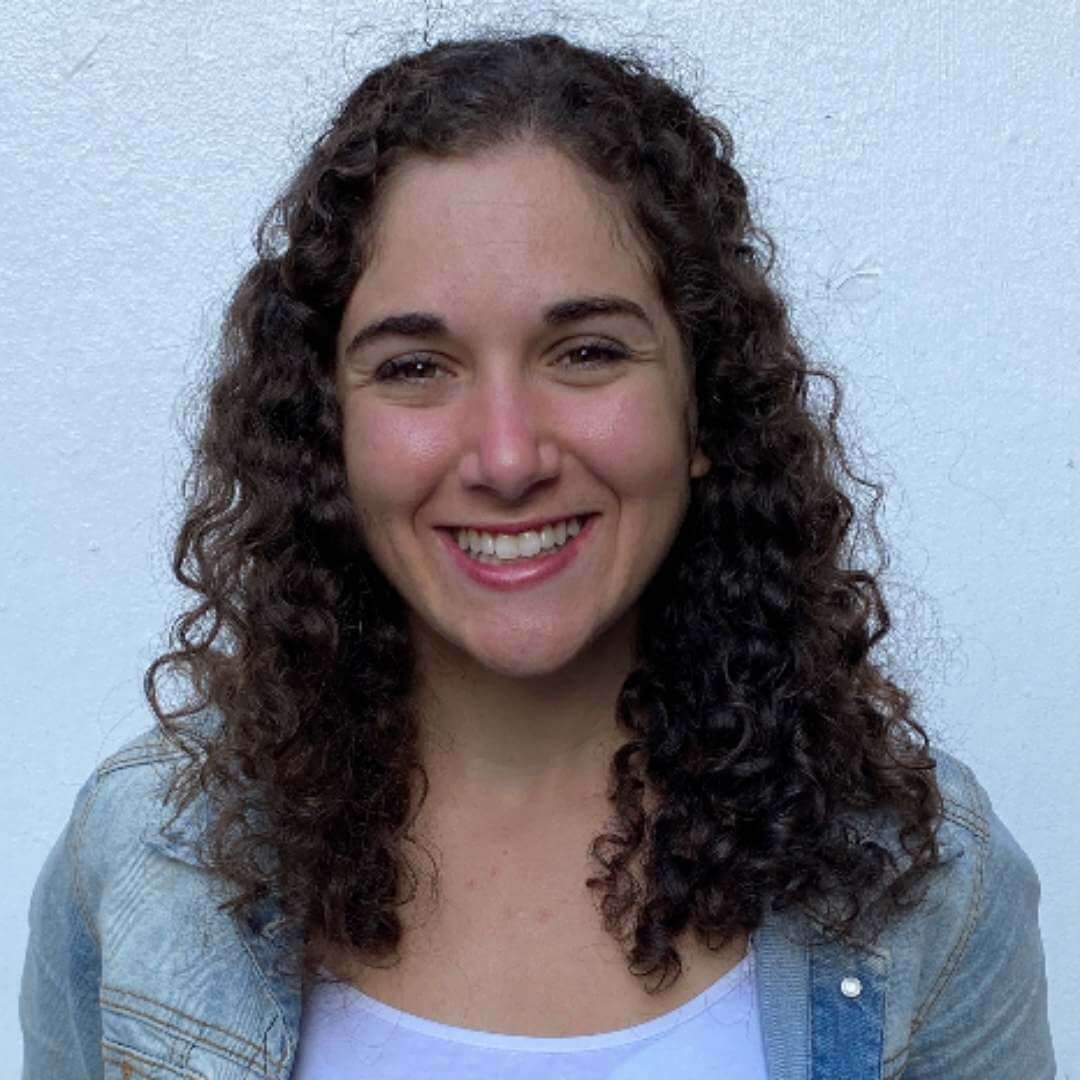 How do you build a relationship with your children when someone is actively sabotaging it? How do you connect with your kids when your evil ex-wife tells them horrible lies about you?

How do you build a relationship with your children when someone is actively sabotaging it? How do you connect with your kids when your evil ex-wife tells them horrible lies about you?

In this episode of the Frame of Mind Coaching™ Podcast, Ferne and I explore a case about a man named Bill whose children seem to dislike him. Bill loves his children dearly, but after all the lies his ex-wife tells his children about him, his children don’t believe anything he says. Bill doesn’t know how to build their trust or turn the tides. He feels devastated and stuck.

Do you have an interesting case you’d like to share? Let’s talk! If you want to share your experiences and/or thoughts on this episode or the show, please reach out to us!

[00:00:35] Ferne Kotlyar:
All right. Today we have a case about a man named Bill. Now, Bill was married to his wife for 15 years. They had two children and one miscarriage. And at this point in their marriage, it's not looking great.

His wife is very mean and aggressive and he does almost doesn't even recognize her at this point in their relationship. They went to couples counseling and she said directly to the counselor, not even to him, she said to the counselor "I'm done. I don't want to put in any more effort. He's so good. Like, he puts an effort, but I'm done. I can't do this anymore".

So they get divorced and she ends up getting a lot of the custody because she is the mother, and he sees his kids on weekends. So the mother, as he said, he didn't really recognize her at this point. And she starts telling her kids lies about the father.

She starts basically feeding them, essentially, what is propaganda about the father. Telling them that things that he's a bad person, that he did terrible things to her, but like I said, it's all lies. And so the kids start to turn against him and he is heartbroken. He doesn't know what to do or how to have a relationship with these kids, who start to distance themselves from him.

Now it's three years after the divorce and they're still pretty young. They're 8 and 11. And at this point, you know, they're very young and impressionable and of course they believe everything the mother says.

But if they start hearing these lies ever since they're young, that's just what they're going to believe their whole life. And the father really doesn't know how to have a relationship with his children, which is really all he wants.

[00:02:31] Ferne Kotlyar:
I mean, he tries to spend time with them, try to buy them ice cream, you know, do things that they like, but they don't open up to him. He's really having trouble getting close to them and developing a good relationship because they just have this bad image of him.

[00:02:53] Kim Ades:
Weekends, but less and less. So when he sees his kids, he's having trouble connecting is really the issue. Okay.

We have to invite them to take cues from us. And what that means is that we need to behave consistently regardless of how they show up. We need-- so, they need to take our cues from us. And so my recommendation to Bill in this case is to step up his consistency.

So what probably happens is when they're not engaged, he gets upset. And what does he do? He backs off too. Right? And so now they're getting evidence to support their beliefs that the father really isn't there, really isn't engaged, really as an into this parenting thing.

What he really needs to do is actually step up the volume and be there consistently, not only on weekends. And what I mean by that is even if she has custody, he needs to find a way to connect with his kids every single day.

[00:04:28] Kim Ades:
Well, then it's a note at the door. It's a note under the door. It's a text message. They're on their computers anyways. It's a message through some kind of technological system. But what I'm really trying to say is he needs to consistently be in touch with them and maintain his disposition the whole time, regardless of how they react and respond.

Because what they're going to look back on is "was dad consistent? Was dad really there? Did dad really show up? Did dad Do what he said he was going to do? Was dad reliable?"

[00:05:13] Ferne Kotlyar:
Do you think, at this point in their relationship, they're able to develop their own opinions of their father without the influence of their mother?

[00:05:21] Kim Ades:
I think the influence of their mother is very, very strong. No question, especially if she's with them so much. And so if it's possible to get them a little more often, that would be great. Right? The question is, like, why is this the arrangement in place? Is it possible to change that arrangement? Is it possible for him to see his kids more often? I would definitely try for that, if that's possible.

So he's agreed to become a weekend parent and I would encourage him to become a full-time half-time parent. So what that means is be 100% a parent and share responsibilities for your kids half of the time, at least. If that's possible.

If that's not possible, the idea of behaving consistently is very, very important, 'cause what happens is that when mom says this, kids look for proof of that. But if there is no proof, as they age, they start to see more truths.

So that you are the person that they actually learn to lean on and go to because you're the consistent, reliable parent. And I think that's very, very important.

The other thing that's important is messaging. So whatever the mother's saying, probably sounds like "dad doesn't really care about you". What you want to demonstrate is unlimited care.

[00:07:42] Kim Ades:
And he needs to teach them that too, because it's their mother. They love their mother. And so what happens when... if I bad mouth someone you love, what happens? You get defensive, you shut off and you stop talking to me.

[00:08:29] Kim Ades:
Exactly. And it's not that he should lie or make things up. He should not do that. He should be completely honest with his children, but don't get into a mode or a modality of defensiveness.

[00:09:04] Ferne Kotlyar:
And when you go to birthday parties and events for the kids and you see the ex-wife, what do you do? How do you react?

I think fighting is one of the worst things that happens after a divorce, and that's the thing that tears up the kids. Right? That's the thing that creates a lot of strife, a lot of internal congestion, you can say. Right?   And so you don't want to join her in her behavior. You want to stand apart, for sure.

[00:10:01] Kim Ades:
It's not always easy. You know, one of my good friends, he got divorced and his kids stopped talking to him, as a result of his ex-wife who did exactly that. All the propaganda, it was really, really-- it continues to be bad. And now his kids are in university and they still don't talk to him.

[00:10:24] Kim Ades:
No. Still don't talk to him. But what he does is he maintains his consistency. He sends the messages. He tells them he loves them. Now he's, you know, showing them pictures of when they were young and how they hung out together and spend time together.

[00:10:53] Kim Ades:
And so he has to maintain a very, very even stand. He tried going to court, made things worse. So the question is, what is the approach? The approach is to consistently show up, even if there's no response. And a lot of parents might say, "well, what's the point if they're not responding?"

[00:11:16] Kim Ades:
Well, there is no other thing that could work. In other words, you backing off, right? Will a hundred percent not work. Now there's no effort. They just say "you see? Dad doesn't care about us". So what's the alternative? The only hope for something to work is for you to be consistently present.

[00:11:45] Ferne Kotlyar:
Now, you mentioned that some people would say what's the point? What is the point? If they don't respond?

So for example, if one of my highest values is being kind, I need to consistently be kind. Even if somebody on the other side isn't kind. Right? So their behavior is not a cue, is not a trigger for me to be mean back to them.

[00:12:36] Ferne Kotlyar:
Right. That makes sense. And I guess in the case of the kids, it would be family and your children is part of your values being consistent, and you have to keep doing that despite your kids' lack of response.

So if you're deciding "Hey, I'm going to be a calm, rational parent" the behavior of your kids isn't an indicator, isn't the trigger that says, "okay, now I can freak out too". In fact, their behavior is a trigger that says "I need to be even calmer".

So just like going back to the scenario you gave us, that's an indicator that you have to be more consistent and show up even more.

[00:13:55] Ferne Kotlyar:
Yeah. No, I think it's definitely good advice. And thank you. So, if you were to give Bill one last piece of advice, what would it be?

[00:14:06] Kim Ades:
I would say to Bill: hold your ground. Don't allow the behavior of your kids, if it's cold, distant, unsure, afraid to sway you. Be consistent and show up. Show up as much as you can every day and hold the line. That would be my advice.

[00:14:32] Kim Ades:
Thank you. If you're listening to this podcast and you have a challenge that you want to share, please reach out to us.

[00:14:52] Kim Ades:
And if you're watching please like, please share, please tell your friends and please give us more cases to work on. We love it. Thank you for listening. Have a great day!