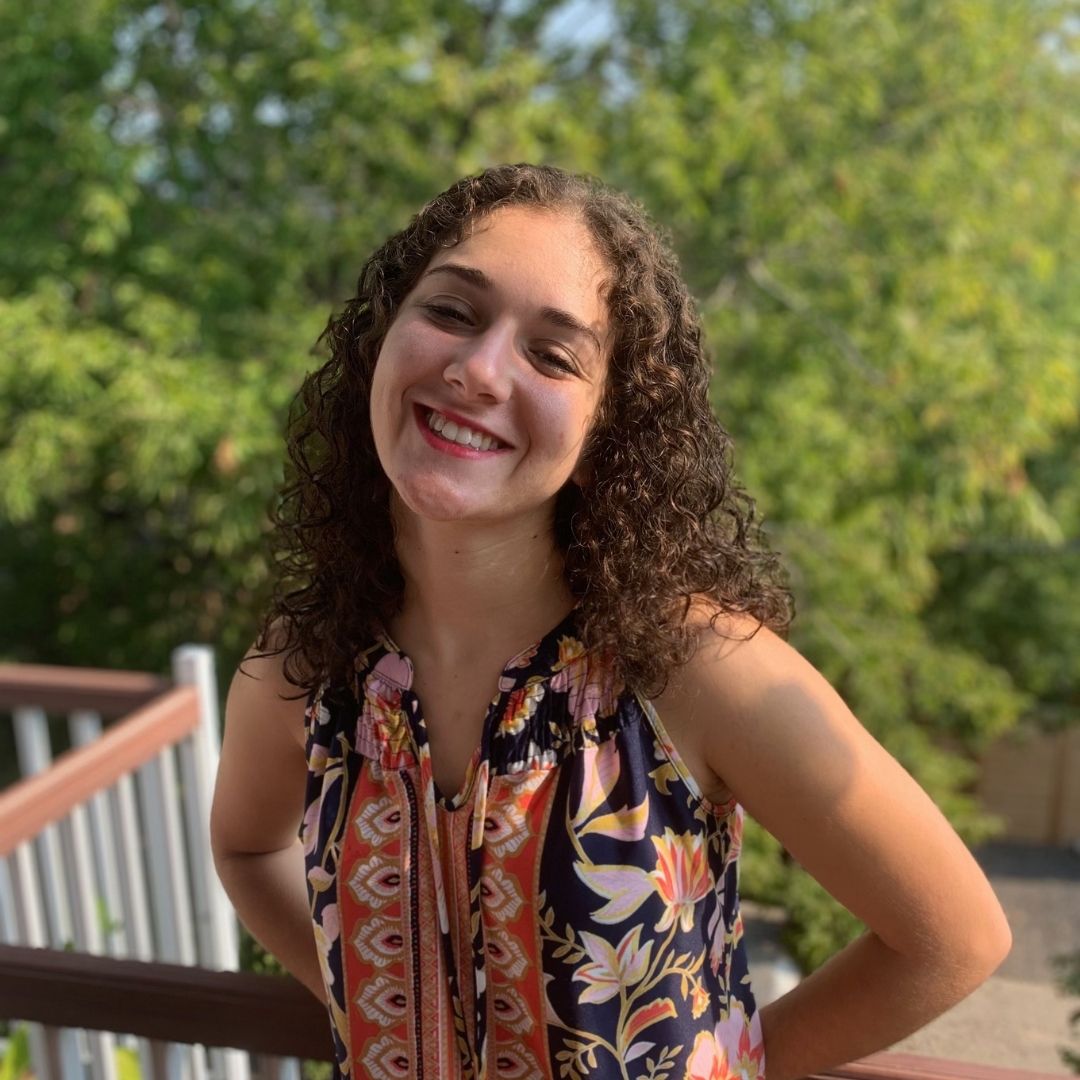 Have you ever wondered, “why is she still with him?” Have you ever seen someone you care about mistreated in a relationship? Maybe a divorce is the best solution.

My Parents Need a Divorce - Fridays with Ferne: Episode #28

Have you ever wondered, “why is she still with him?” Have you ever seen someone you care about mistreated in a relationship?

Ron didn’t understand why his mother was still with his father. Ron loves both of his parents, but he knows first-hand how scary his father can be. When his father is happy, he is a very charismatic man. But when he’s not happy, everyone knows to stay away. Ron’s father can change his emotional state at the flip of a switch, and his mother is the one who takes most of the heat. Not only is he rude and aggressive, but he also blames all his mistakes on her. And worst of all, she accepts the blame just to smooth things over. Ron is worried about his mother, she claims to be happy, but she doesn’t always seem that way. He doesn’t know how to help her.

Before assuming that his mother is a victim and that she needs help, Ron should get the full story. I recommend that Ron start by asking his mother questions privately, in a way that doesn’t judge or attack her. Questions like, “why are you still with him?” or “how do you put up with him?” might put her on the defensive. Something like, “I noticed that dad gets mad easily, how do you feel when that happens?” opens the door for his mom to tell him how she feels without making assumptions. Only after Ron gets the full story can he help his mother.

[00:00:30] Ferne Kotlyar:
Great. Today we have a case about a man named Ron. So, Ron is an only child, he grew up in the south of the United States. And when he was old enough to do so, he headed off to Canada to study. And as he grew up, you know, he grew up in quite a patriarchical community where the man was always kind of the man of the house, who made all the decisions. And particularly in his family, his father made all the decisions and his mother didn't really have much of a say.

And now, heading back home to visit, he goes for the holidays and whatnot... He realized that his father can be quite mean to his mother. He can be a bit aggressive and he yells at her for needless things, like really small details. Like if she didn't set the table right, or accidentally, I don't know, part of the fish was burnt. He gets really upset about small things.

And Ron starts to notice that... you know, his mother doesn't stand up for herself and it's really... she doesn't look very happy. And so he asked her of course, and she said, "yeah, I'm happy. Everything's fine", but he doesn't know that that's necessarily true. And so he doesn't know what to do because she seems unhappy, but she says she's fine. And is it really his place to say these things and what can he do? I mean, it's not him to... You know, tell his father off for the mother. So he doesn't know what to do or where his place is or how to make sure everybody's happy.

[00:02:10] Kim Ades:
Okay. This is an interesting case because really he doesn't live there and he doesn't have the full story a hundred percent of the time. And so, his job right now is to ask some questions. That's it. And so, his questions need to reflect a state of observation for both the mother and the father.

So, he might speak to the mom and ask some questions. "Hey mom, I'm noticing that dad's kind of rough with you. He's getting mad at you for these different things", use the examples that he's seen and, ask questions like, "how do you feel about that when that happens? Does this happen all the time? Is he particularly stressed right now? What's going on here? I'm a little concerned because I feel like he's being unnecessarily rough with you and I care about you and I want to know what your thoughts are".

And so, you see? When we step in out of the blue and notice something that's off, the question is, what is our role and what do we want to do about it? We can't just ruffle feathers and then walk away.

[00:03:51] Kim Ades:
Because if we say "mom, you're not standing up for yourself", what we do is we cause a disturbance and we're not there to manage that disturbance after the fact. We're not there to support them on after the fact. Right? So, we're injecting ourselves into the middle of a relationship and then we're coming back to Canada to continue our lives. And so, the question becomes, what do we want to achieve?

What we want to do is just simply increase our understanding of the actual situation and learn what is the actual dynamic that's going on, and also help the mother to understand that you're there, you care about her, you see something that's unclear and your job is to open the lines of communication.

[00:05:20] Kim Ades:
Exactly. So what you really want to do in this situation is create and open lines of communication to say, "Hey, I noticed this, is that all right?"

[00:06:07] Kim Ades:
So, there are two things, right? Assume positive intent and come at it from a state of curiosity. So you're there to learn, you're there to understand. You're not there to challenge, because what happens when you challenge someone in that way? They become defensive and they counter attack. Or they withdraw and they get silent. And those are both not the objectives that you're trying to achieve. What you want to do is you want to create a safe environment so that they are able to talk.

So, at the end of the day, what does this young man want for his mother? Does he want her to leave her husband? No, not necessarily. He wants to probably see his parents in some kind of harmonious relationship.

[00:07:37] Kim Ades:
In both directions. It's not what we would expect, right? Because we have a visceral reaction to when... Let's say the father treats the mother poorly, visceral reaction. Is it an abusive situation? We're not sure, we don't have the right information.

But I don't think you can assess that quite yet. And so, the issue is we need more information, we need to learn more, we need to help the mother feel more secure, we need to provide space. Let's say it is abusive, right? The mother might deny that it's abusive.

[00:08:32] Kim Ades:
Yes. So, being angry and standing up for the mother isn't going to cause a good outcome, it's not going to create a good outcome. What we really need to do is be able to be super available to the mother so that she feels unthreatened with your approach, so she can speak openly and share what's actually going on.

[00:08:55] Ferne Kotlyar:
So, if it does become... you decide or the assessment is that it's abusive, other than talking to the mother, what else can you do in that situation?

[00:09:07] Kim Ades:
Well, I'm not an abuse specialist, but at this point we might get some specialist involved, maybe a therapist or somebody else involved.

[00:09:17] Kim Ades:
Right? And certainly the son isn't a psychologist or a therapist or an abuse specialist or anything like that. But what we might want to do is get some kind of counseling and refer the mom to getting some help over time. You see, he's coming in for a vacation, right? He's not the therapist, he's not the person, you know, and he's in an awkward position as well. But he might help the mother get the appropriate support that she needs consistently over time.

[00:09:48] Ferne Kotlyar:
So just to recap, kind of what you've suggested is come home and start asking the questions in a non aggressive way. So, open those doors and don't come off to attack, come off to be curious and no more figuring out...

[00:10:08] Kim Ades:
Because let's face it, sometimes we unreasonably get mad at our spouse and sometimes we might be a little aggressive. That happens. The question is, is it always happening or is it an odd occurrence? Right? So, we want to really understand what is the dynamic and let's pick up the patterns, let's understand how long this has been going on for, but let's not be accusatory before having very important and relevant information.

[00:10:49] Kim Ades:
Thank you. For those of you who are listening, I hope that you... I'm sure that some of you have been exposed to a person or two in your life who maybe felt abused or was in a relationship that was questionable, and my advice to you is gather more information, create a safe environment for the person you care about to really open up and care and share with you, and take it from there.

But don't jump in, don't make assumptions, don't challenge, don't come under attack or don't be attacking, and allow YOU, allow yourself to be that safe space for someone to come and talk to.

If you're listening and you have a case that you would like us to work on, please send it our way. Ferne, how do people reach you?

[00:11:56] Kim Ades:
And for those of you who don't know, we just recently launched a new service for young professionals. It's called The Journal That Talks Back™ and we provide accessible coaching for people between the ages of 18 and early 30s. So, if you know anybody who could benefit from some coaching, please take a look at the website. It's thejournalthattalksback.com.