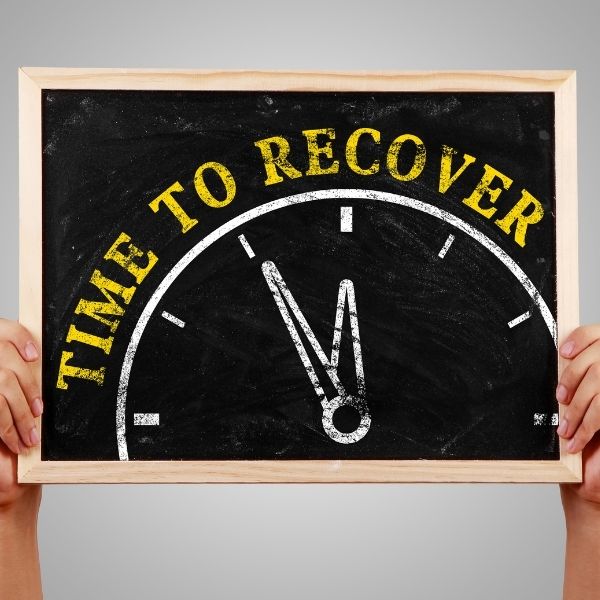 Fridays with Ferne
How to recover from making a false accusation

How does one recover from making a false accusation? Let's dive deep in today's episode of Friday's with Ferne!

How to recover from making a false accusation

Nick oversees a team of 10. There is one guy on his team that Nick has mixed feelings about. While Dan brings the rest of the team together, he also seems to be the weakest link. This week, it’s Dan’s turn to present, and instead of bringing his usual funny but simplistic work to the table, he prepares an outstanding presentation.

Nick is not only shocked but in disbelief, so much so that he accuses Dan of making his numbers up. Dan is evidently offended and leaves the room in angry silence. Later, Nick finds out that while Dan did not make the numbers up, he got a friend to help him put his pitch together. Nick half-heartedly apologizes, knowing that he was right that it wasn’t Dan’s work alone. But Dan is still very much offended. There is heavy tension in the office which is uncomfortable and is starting to affect work productivity. Nick doesn’t know how to fix things.

He already tried apologizing and it wasn’t enough, he shouldn’t need to do it again, so now he doesn’t know what else to do.

[00:00:00] Kim Ades: Hello, hello. My name is Kim Ades, I am the President and Founder of Frame of Mind Coaching and the Co-founder of The Journal That Talks Back, you have just joined The Frame of Mind Coaching Podcast. And today is Fridays with Ferne, where I invite my daughter to come onto the podcast and talk about a case or two. Ferne, welcome.

[00:00:34] Ferne Kotlyar: So today we have a case... It's more about a work conflict. There's a guy named Nick who is in charge of a small team of six and every two weeks or so, one member of the team gives a presentation for the rest of the team.

And the weakest link on the team is named Dan. He's not like, amazing at his job, but you know, he's growing and learning. What he's really good at is bringing the team together. And so he gets up there and gives his presentation, and Nick, the boss, is floored. He is floored. The presentation is incredible, the ideas are so good. And Nick is so floored that he actually doesn't believe that Dan made up these ideas, that he did this work alone.

And so essentially he kind of accuses him of cheating and taking the ideas from somebody else and Dan gets super mad, they get into this huge heated fight in front of everybody, and now the dynamic of the team is completely off. For the next two weeks, it's completely off and Nick figures out that Dan didn't cheat, but he had help from somebody else.

[00:02:17] Kim Ades: So Nick really messed up and he messed up on so many levels, because if Dan did get help and the ideas aren't his, way to go, Dan. And what I mean by that is that if Dan reached out and acquired resources externally to help him with his presentation, good for him, he's being resourceful. So that's not a terrible thing. It's not a bad idea to go and look for help externally. In fact, those people who move mountains and get further in life are people who are willing to ask for help.

So Nick, I'm trying to keep track of your characters here. Nick not only falsely accused Dan, he inappropriately accused Dan. Right? So now Nick's in a pickle, because he has an approach that is not necessarily useful for the team. Right? So does it matter where ideas come from? It doesn't matter where ideas come from. The point is, is this a good idea? And is this something we should work with. That's it.

So Nick also seems to have a bit of a chip on his shoulder, right? So Nick needs to be addressed. And so the question is, how. How do we help Nick? First of all, I think it's very important for Nick to understand that when a person is making an effort, when a person is accessing their resources, when a person is crushing it, that's a moment to acknowledge. It's not a moment to put someone down, right?

But when we knock them down specifically, when they are contributing, what happens? They get disengaged. Right? We know for a fact that people don't leave jobs, people leave their managers, they leave their bosses. And in this case, perfect situation, perfect example of where Dan would say, "you know what? I'm not being seen, I'm not being heard. I'm being thought of poorly. I'm being seen in a poor light. And why would I stay here?"

Perfect opening for someone like Dan to take his leave. Right? Which is probably the opposite of what Nick wants. So what does Nick have to do in this situation? He not only has to apologize, he has to really apologize.

And he has to say, "you know what? Not only have I made a mistake, I realized that I made a tragic mistake", not tragic, but a serious mistake. "I made a serious mistake. And my biggest mistake was to accuse you of wrongdoing, but to see you in a poor light, and I was fundamentally wrong".

[00:05:20] Ferne Kotlyar: But how do you move Nick to that position? Like yeah, in theory, that's what he's supposed to do, but he also is a boss, and if he does that, people will see him badly. He's not the boss anymore, he's not as powerful.

And so for Nick, what's his goal? He has three goals, I would say. Goal number one is to make things right with Dan. Goal number two is to be a leader and do that for the rest of his team. And goal number three is for himself to understand that his team is critical to his own success, but also to feel good about his own leadership. And right now he's failing on all three fronts. Right?

And so the question is, how do we achieve this goal? So when we beat down others, we don't achieve the goal, whatever the goal is also, by the way. Could be related to revenues or productivity or whatever his particular work-related goal is. So he needs to understand that he's not achieving his goal with this strategy.

[00:07:13] Ferne Kotlyar: And just out of curiosity, if you were coaching him, how would you tell him this? You would just say outright, "you're not achieving any of your goals"? Like, how would you-- [chuckles]

[00:07:21] Kim Ades: What I would say is, what is your goal? Your goal is to bring the team together. Let's say the goal is to create a great corporate culture. Does this strategy help you achieve that goal? And he would say no. So I wouldn't need to tell him "you're not achieving your goals". I would say "this is your goal, right?" Whatever that goal is.

And so my job would be to help him align his strategy and the execution of his strategy with his goal. Right? And so what Nick is lacking is an approach to leadership and that results in effective outcomes, the outcomes he's looking for.

[00:08:16] Ferne Kotlyar: Do you think that Nick is saveable? Like, do you think he can get to a better place? You think you can make him a better boss?

[00:08:25] Kim Ades: Well, so for me, there's a little bit of hope and a little bit of hope is when Nick realizes that Dan came up with the ideas on his own and he does attempt to apologize, even if it was a weak apology, that attempt to apologize is an indicator that he's willing to look at himself, he's willing to say "I'm sorry", he's willing to take responsibility for his mistake. And so for me, when I look at what is required when anybody gets coached, it's required that a person is willing to take full responsibility for everything they do, hear, smell, taste, touch, see, how they interact, everything.

[00:10:01] Ferne Kotlyar: That makes sense. So a person has to be ready before they jump right in. It's not for everyone.

[00:10:06] Kim Ades: Coaching isn't for everyone. Some people are very, very resistant. Some people have decided that, yes, they say that they want something different, but they're not really ready to take full responsibility. So we know some people like that.

What we often find, almost all the time, is that people employ strategies that don't line up with their goals. And then they're surprised to find that out.

[00:12:59] Kim Ades: Shocking. For those of you who are listening, you might be in the middle of a conflict, or you might have people who are in the middle of a conflict that are important to you, perhaps at home or where you work, and it's very, very important that you get behind them and help them reach their goals by asking them "what's your goal?"

And once you define the goal, at that point, you can explore and evaluate and assess together whether or not their strategy is helping them reach their goals. It's a really important superpower to be able to do that. It's incredible leadership skill and I encourage you to test that out.

If you have any questions about that particular approach, I'd be happy to talk to you about it. Please reach out. My email address is Kim@frameofmindcoaching.com. And if you have any cases that you'd love for Ferne to discuss on the podcast, reach out to her too. How do they find you?