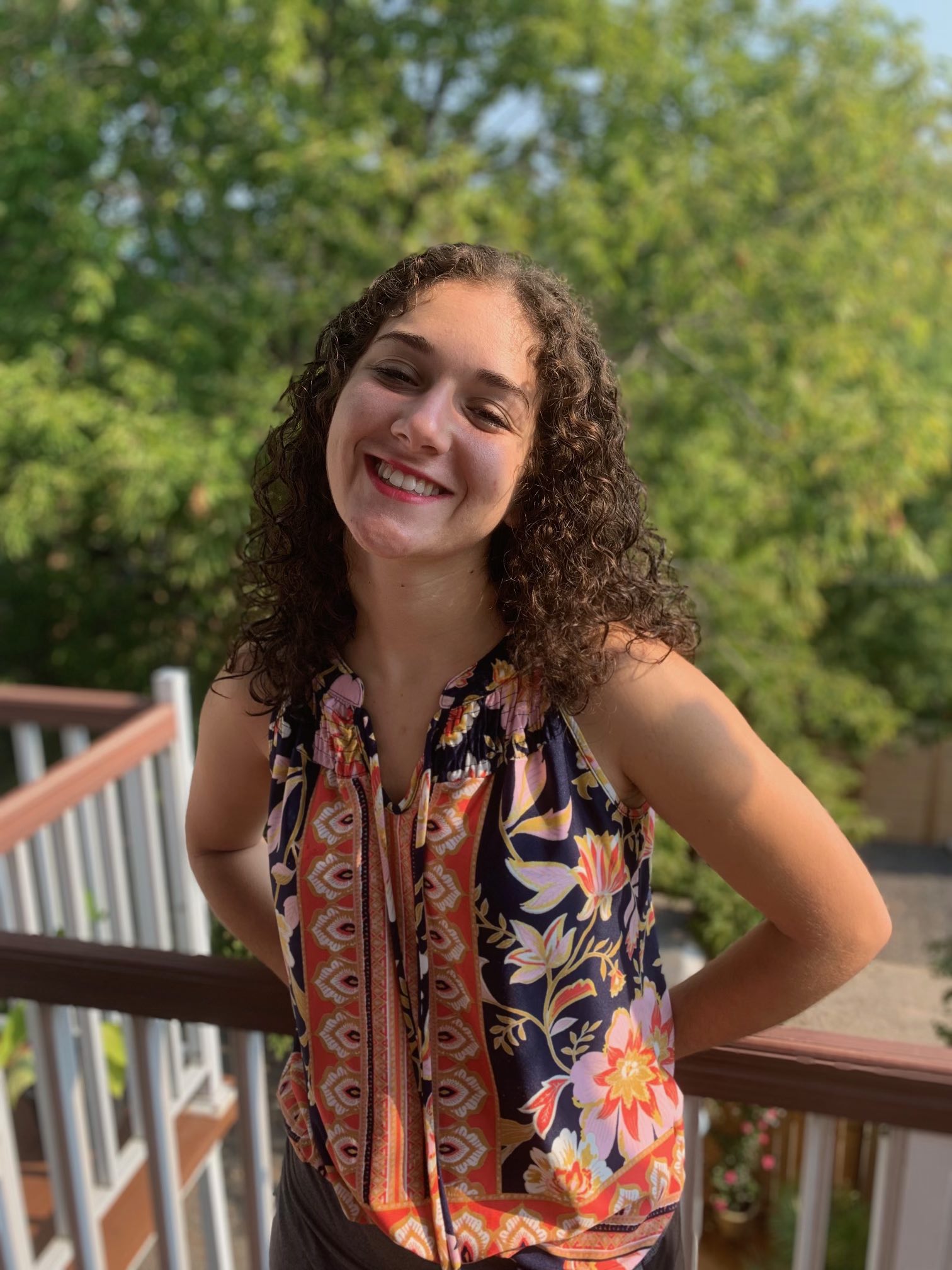 Fridays with Ferne
A Life Beyond My Ex And Kids...

Have you ever left an unhealthy relationship and realized that you didn’t have any other friends beyond that person?

Have you ever left an unhealthy relationship and realized that you didn’t have any other friends beyond that person?

Only after Ben got divorced did he realize that he didn’t have any life beyond his wife and kids. Now that he has free time, he doesn’t know what to do with it. He doesn’t have anyone to spend time with or really talk to. He is scared that all his old friends will tell him, “I told you so” and doesn’t know where to find new friends. Ben feels lost and lonely and doesn't know how to move forward.

I recommend starting with self-reflection. What does Ben like to do? What does he want to be a part of? Who does he want to be surrounded by? What kind of relationships does he want? Ben has the opportunity to start again and choose the people he wants to surround himself with. He should follow his interests and join groups and clubs with like-minded people.

We just launched something new. It's a coaching program specifically for young professionals. Check it out. Go to www.thejournalthattalksback.com, and if you want to hear more about it, I'd love to share it with you. Reach out anytime.

But today is Fridays with Ferne and I'm thrilled to welcome Ferne back. Ferne, welcome.

[00:00:40] Ferne Kotlyar:
Thank you! Always, always, always a pleasure to be here. I love these conversations.

[00:00:59] Ferne Kotlyar:
All right, let's get into it. So today's case, maybe it'll be a good one for you. Today's case is about a guy named Ben. And Ben essentially married this lady who he fell in love with, they had a pretty good relationship, but he burned a few bridges on the way to being with her. Not many of his friends liked her and it was tough for people to hang out with both of them, so he lost a few friends along the way.

And now 20 years later, they have two kids and they're in the middle of getting a divorce. Obviously, Ben's having a really tough time with that, but what he's particularly struggling with is finding a way to kind of get back into a life that his own.

For so long, his life revolved around her and the kids, and now he's starting to have free time and he feels a bit lonely. He doesn't know who to spend it with, he doesn't know how to go back to his friends and say, you know, "you were right about her", or to kind of make new friends now that everything's online. So he feels a bit stuck and lonely, and doesn't know how to move forward or to kind of make friends and find his way again. So, what advice do you have for him?

[00:02:20] Kim Ades:
Why do I advice? Well, the first thing I have is to... I'm really interested in the marriage, in the divorce, in what happened, but we don't have all that information today, do we?

[00:02:33] Kim Ades:
No. I also am interested in his relationship with his kids. How often does he see them? How does he spend time with them? How old are they? What does he do with them? But we might not have that information either.

And it's not that he needs to have his tail between the legs, 'cause everybody has a journey that they're on, and part of his journey was meeting this woman, getting married, having these two lovely kids and bringing him to this point now. So he doesn't have to go back and grovel. He doesn't have to go back and feel bad about himself. He has to go back and say, "I'm sorry, we lost connection. I'm sorry we lost touch and I'd really love to be reconnected if possible". So that's one option for sure.

But another option is "how do I build my future? If I look back at my 20 years of marriage, what were my friendships like? Did I build any friendships? And if not, why not? What was actually going on?" Because for me, that's an important question to understand where his relationships kind of fell apart and why, because that will provide him great insight about himself and where perhaps he's not nurturing the relationships that are important to him and why he is doing that specifically.

So there's a learning to be had in this moment to look back and say, you know, "where did I let things go? Why did I allow this kind of tension between my wife and my friends to overtake the relationship? What's up with that? What wasn't I seeing?" And more importantly is "what am I not seeing now? What would I like to see?"

And so, the question becomes, what kind of relationship do you want now? And where can you find those people? And so, there's an opportunity to look ahead and really design the kind of life and the kind of interactions he's looking for.

[00:07:01] Ferne Kotlyar:
Well, I think that in the past a big issue was his wife, that it was tough to have good relationships with her in the picture, you know? She would get jealous, and this factor of relationships was a big part of why they broke up, why they got this divorce.

But now that she's no longer in the picture, she was always kind of the social one, in a good way and in a bad way, because sometimes she caused drama. But now that she's gone, he doesn't even know... yeah, I mean joining groups, but how do you really create new relationships? Somebody to spend all your– not necessarily all your time with, but to talk to, to have a real relationship.

Because generally when you join groups, yeah, you're part of a community, but are these people really friends? Especially at the beginning, like how do you really foster that relationship to have somebody to rely on now that he doesn't really have anybody?

So you go to a group, you find someone to talk to, and you then take it beyond the group. You say, "Hey, you want to go for a coffee?" And if it's an in-person coffee, then it's a virtual coffee. You know? "Hey, I'd love to talk to you about this. Can we set up some time outside of this group to chat?"

And what's the impetus for connecting with others? Is really, truly deeply taking an interest in others, asking them questions, being curious, learning about them, seeing what matters to them. So it's funny, right? Relationships you think are about you, but they're not. A relationship takes hold when you really take an interest in another person. And when you're taking an interest in another person, you're able to learn about them and decide whether or not they're a good fit for you, but also taking that interest, sparks the relationship.

And so, what he's looking for is a bunch of little sparks, whether it's with other men, whether it's with women, it doesn't really matter. But what he needs to do is really explore and ask himself the question "what am I interested in?" And start really getting curious about everything, about himself, about others, about what they're doing, what they're up to, how they interact, what matters to them, what their values are, and dive into that interest.

When we're in a marriage for a long, long time, and it sounds like this was the case with this gentleman too, Ben, it sounds like he put his wife first or he really kind of allowed her to lead the way with respect to their social life and their interactions, et cetera. And so he was in a way kind of putting himself on the back burner.

[00:11:46] Ferne Kotlyar:
Yeah, I think that's super important. So if you were to give Ben one last piece of advice, what would that be?

[00:11:53] Kim Ades:
Well, for starters, I would say don't jump into the next relationship just to fill a hole. I would say, take this time to really, really learn about yourself and what's important to you and what you want next, and experience all of the things, try different things, right?

Join different groups, read different books, go to different places, eat different food and seeing the side. What is it that you like? Just you, without any consideration for what your ex-wife used to push you towards. It's a time to relearn about himself and his preferences, his desires, what he wants for the future.

And so, very often at the end of relationships, people jump to the next one and I encourage them to just slow down a minute and look inwardly instead of looking outwardly to fill that hole.

If there's a challenge that you want to share on the podcast, please reach out to us. We'd love to hear from you! Ferne, what's your email address?

[00:13:32] Kim Ades:
And you can reach me. And my email address is kim@frameofmindcoaching.com. We'd love to hear from you, we want your cases, please send them to us as well, so that Ferne can throw them my way.

And we'd love to get your feedback, your comments, your likes, your shares. Please, we need all the support we can get.